Straddling Europe and Asia, Istanbul is a culture-rich destination with a fascinating history. Its Old City reflects the influences of the many empires that once ruled there. From the Roman-era Hippodrome (for centuries the site of chariot races) and the iconic Byzantine Hagia Sophia, which features a soaring 6th-century dome and rare Christian mosaics; to the  Ottoman-era Sultan Ahmet Mosque (Blue Mosque) and Circa-1460 Topkapi Palace, which was home to Ottoman sultans until the 19th century and today contains royal artifacts and rooms that once comprised a large harem. For a faster-paced experience of Istanbul’s modern outlook, the Galata area is known for its d upmarket boutiques while Beyoğlu’s stylish bars lie south of Taksim Square. The city’s eastern, Asian side encompasses residential areas and waterfront districts such as Kadiköy.

WHY BOOK WITH EDUSPORT TRAVEL?

We are your go-to experts in sport travel

We’re a one-stop shop for all your travel needs

We only work with trustworthy & quality suppliers

We have a proven track record of service excellence

We are a proud subsidiary of Cullinan Holdings 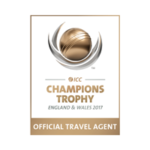 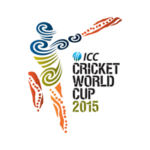